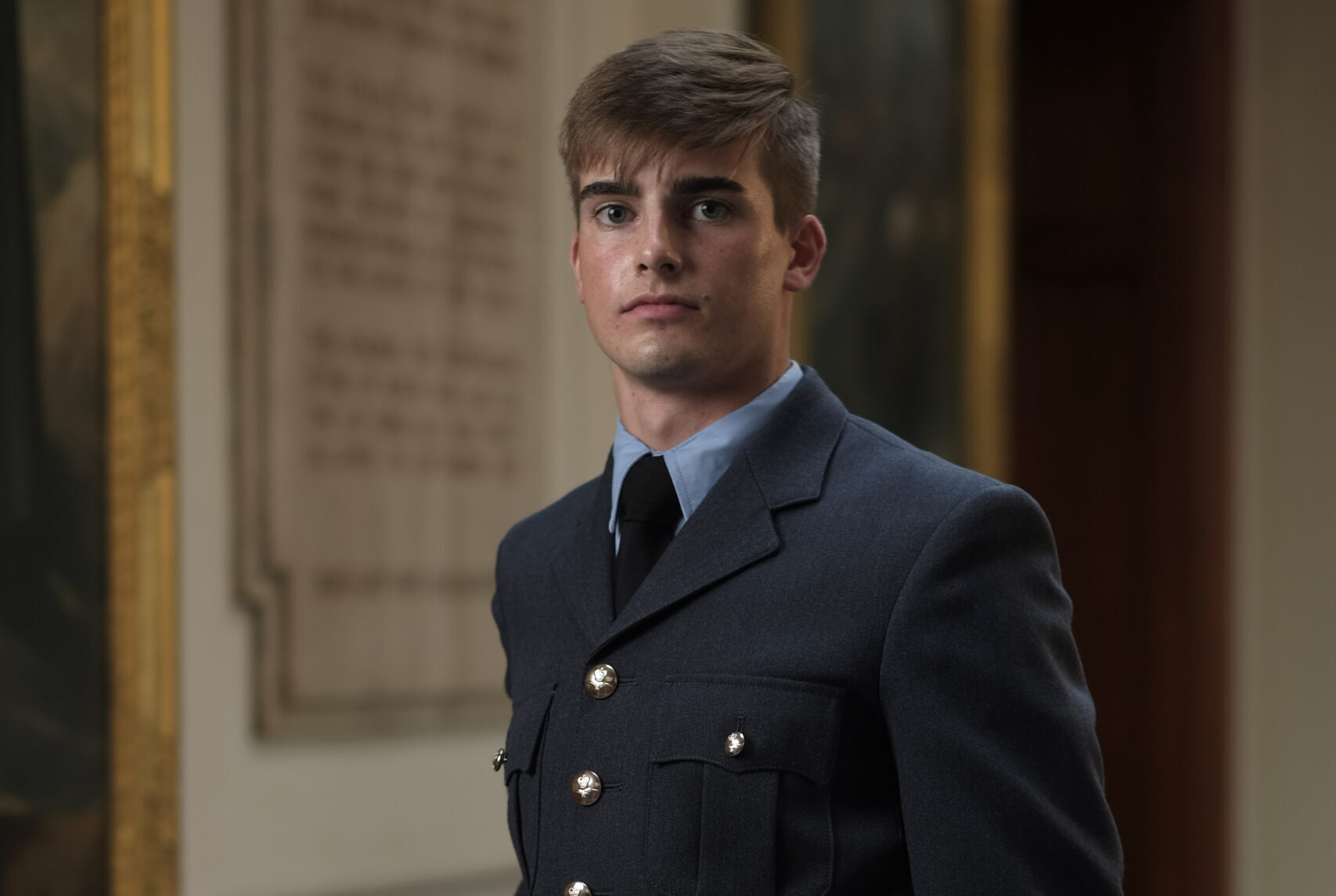 We are immensely proud of former St. Mary’s pupil Ben Apps (SMC 2012-19) who has successfully completed his initial officer training at RAF College Cranwell and is now a Pilot Officer at the age of just 20.

Her Royal Highness The Princess Royal was the Reviewing Officer for the Sovereign’s Review at RAF College Cranwell and took the Royal Salute whilst a Spitfire and Hurricane from the Battle of Britain Memorial Flight, RAF Coningsby, provided a flypast overhead. The parade concluded with a C130J flypast from 47 Squadron, RAF Brize Norton, and musical accompaniment was provided by the Band of the Royal Air Force College.

Ben has this to say about his time in the CCF at St. Mary’s:

“CCF helped me to enhance skills and qualities required for life not only in the military but in the wider working environment. This included making decisions under pressure, planning and organising tasks, as well as being a leader and good team player. The cadets also encouraged me to push myself out of my comfort zone, such as learning how to operate and live in the field, which is what you will need in the military. In addition, the air cadets gave me the opportunity to go flying and do aerobatics, all for free, which very few people ever get to do. Finally, if you want to join the armed forces, they take experience in the cadets seriously in your application.”

We congratulate Ben on this fantastic achievement and wish him every success in his Royal Air Force career.

Friends of St. Mary's
We use cookies on our website to give you the most relevant experience by remembering your preferences and repeat visits. By clicking “Accept”, you consent to the use of ALL the cookies. However you may visit Cookie Settings to provide a controlled consent. For more detailed information about the cookies we use, see our Cookies Page
Cookie settingsACCEPT
Manage consent